St. Johns NL has several heritage buildings, most of which are located in the central area. The Murray Premises Hotel building is one of them. Do you know our history?

The Murray Premises was built in 1846. It is the oldest collection of mercantile buildings related to the fishing industry in Newfoundland and Labrador. The Murray Premises, which survived the Great Fires, was named after Andrew H. Murray, a 19th-century merchant of salt, coal, and general supplies. 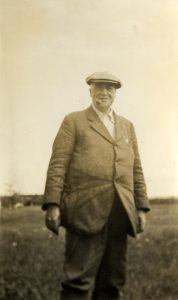 Was it always a hotel?

No. These buildings have been used as warehouses, offices, and machine shops, and for more than one hundred years, the Murray Premises has been a major highlight of the St. John’s waterfront.

The buildings were originally built on pilings sunk into the harbour floor. Most were constructed with masonry walls, wood floors, and wood interior supports. Some feature brick-infill interior walls of timber frames not unlike the half-timber construction of the European middle ages.

How did it get to nowadays use?

In the 1970s, the Newfoundland Historic Trust and the St. John’s Heritage Foundation saved the Premises from destruction and helped begin the preservation of the structures. The restoration plan allowed as much of the buildings’ original character to be maintained while converting the buildings into a modern commercial complex. Within approximately eight months after the restoration began, 70 percent of the commercial space was leased. The official Grand Re-opening of the Premises was held on November 30, 1979. 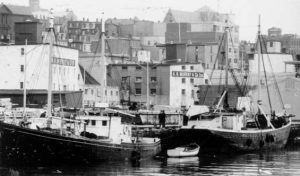 During the 1980s and 1990s, ownership of the Murray Premises changed several times. In 1996, a local businessman, William Mahoney, purchased the property and is still the owner. The story of Murray Premises Hotel began in early 2000 when the third and fourth floors were renovated and developed into hotel guest rooms. 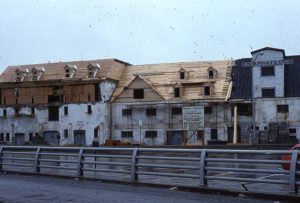 The hotel is the perfect place for history and architecture lovers!
Book your stay with us and live this historical experience with all the modern comfort. 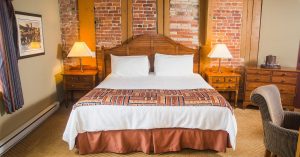 Click on “rooms” in the top menu to book your stay.